Flutter: Overview of hashing algorithms based on crypto plugin

What is hashing and crypto plugin

Hash (hash) is a cryptographic function, which is a mathematical algorithm that converts an arbitrary array of data (information) into a fixed-length string consisting of numbers and letters.

How the hashing process works:

First, determine the integrity of which files need to be controlled. For each file, the value of its hash is calculated according to a special algorithm, and the result is saved. After the necessary time, a similar calculation is made and the results are compared. If the values are different, then the information contained in the file has been changed.

The main feature of hash functions is that they cannot be dehashed, it is impossible to return a once hashed data string to a reverse readable form.

Where it is used:

Analysis using hash functions is often used to control the integrity and verify the uniqueness of important files of the operating system, programs, as well as to protect personal data on the Internet, such as a password, key or other value that does not require reverse decryption, but requires control/comparison of values.

What characteristics should a hash function have:

To see the hashing process in all its glory, we'll use the companion plugin for the Flutter framework: crypto is a collection of cryptographic hash functions written in the pure Dart language, supporting platforms such as Android, iOS, Linux, macOS, Windows, Web.

The plugin supports the following algorithms: 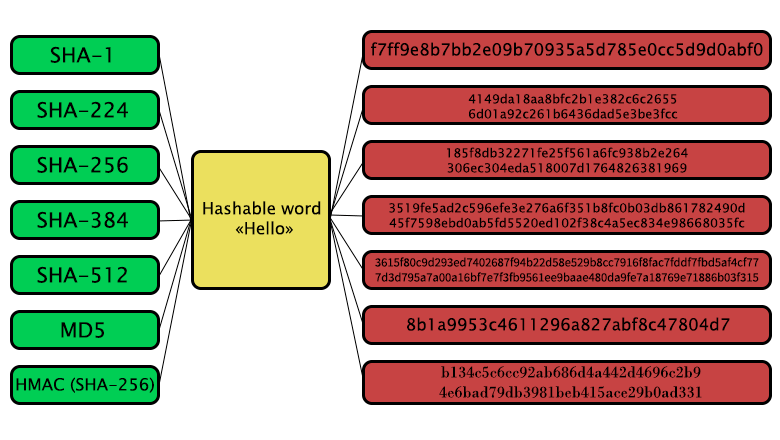 SHA ("Secure Hash Algorithm") is one of the most, if not the most popular family of hashing algorithms.

There are 3 main categories in total:

MD ("Message-Digest") is a widely used family of hash algorithms.

HMAC ("Hash-based Message Authentication Code") is one of the mechanisms for checking the integrity of information to ensure that data transmitted or stored in an untrusted environment has not been modified by unauthorized persons.

MAC is a standard that describes how to exchange data and how to check the integrity of transmitted data using a secret key.

Two clients using a MAC typically share a shared secret. HMAC is an add-on for MAC, a mechanism for exchanging data using a secret key. The name may specify the hash function used: HMAC-MD5, HMAC-SHA1, HMAC-RIPEMD160...

In HMAC, the data is "mixed" with the key, and the hash function is applied twice. 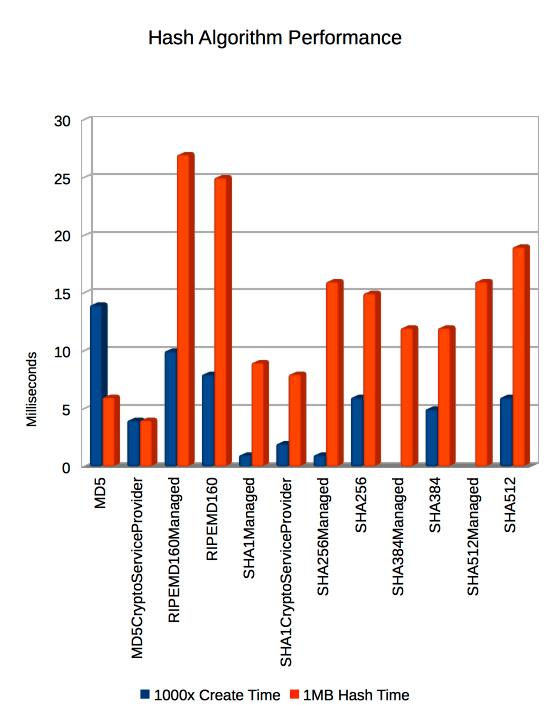 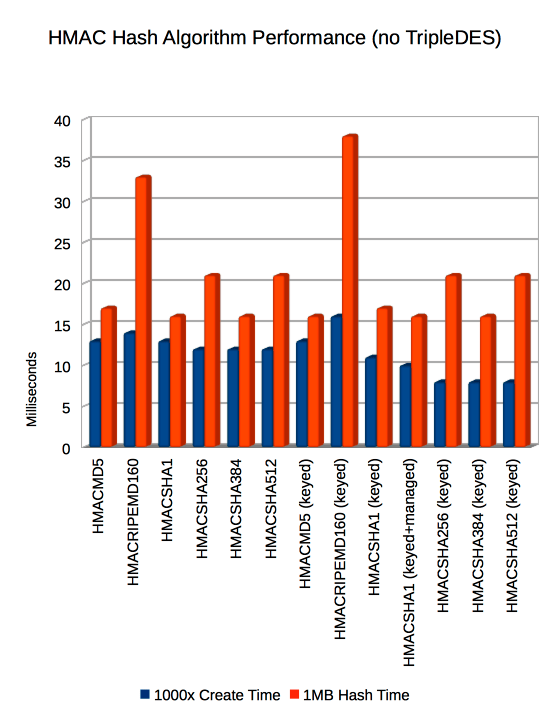 Summing up, we can say one thing that the SHA family, in particular the new SHA-3 Keccak standard, which is a pioneer in terms of protection, has shown itself to be the most cryptographic algorithms throughout its existence. However, the choice of hashing algorithm to use will still depend not only on its security, but also on its speed, choose wisely.